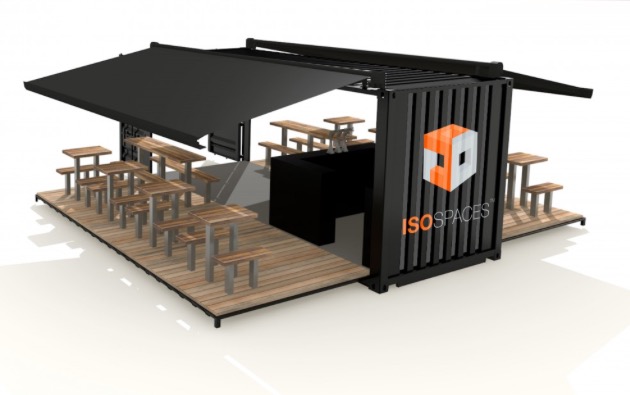 The first franchised shipping container stores in Australia have been unveiled at Brisbane Airport.

The Coffee Club outlets opened just outside the Virgin and Qantas terminals at Brisbane Domestic Airport on June 14, with the third store due to open at the Brisbane Airport Service Centre later this month.
The two recycled shipping container stores, which will be the first installation of their kind in Queensland, also feature sustainable green rooves. These integrate vegetation on top of their industrial build to convert the conventional concrete rooves into environmentally friendly structures.

The Coffee Club Director, John Lazarou, said the group is looking forward to expanding its network throughout the Brisbane Airports.

“We are proud to announce these will be the first franchised shipping container coffee stores in Australia. We pride ourselves on giving franchisees the systems and infrastructure they need to develop their businesses further,” he said.

“The Coffee Club model is one that welcomes innovation. We are constantly on the lookout for new store locations and will continue to evolve our store designs to suit these sites. The inspiration for the latest shipping container stores came from extensive research and development The Coffee Club undertakes both domestically and overseas.”

The two new stores have been launched by franchisee George Drivas, who is the son of The Coffee Club co-founder Emmanuel Drivas.

The 25 year old franchisee is set to open three Coffee Club stores at the Brisbane Airport over the next three months, which will bring his portfolio to five stores in total.